Yes, the tools are back out.  Right after putting the button back on last week, I was in a hurry and managed to fling another button off the boot and across the room.  That being said, this is only the fourth time I have had to put a button back on in all the years that I have been wearing my button boots.  It rarely ever happens, I promise.

Recently the weather has gotten colder and windier.  I really don’t enjoy the wind. It was definitely time to break out the full length leather coat.  Upon arriving at work one morning, I noticed that one of the buttons was loose and vowed to fix that up when I arrived back at home.   By the time I arrived at home, the button was gone.  😦 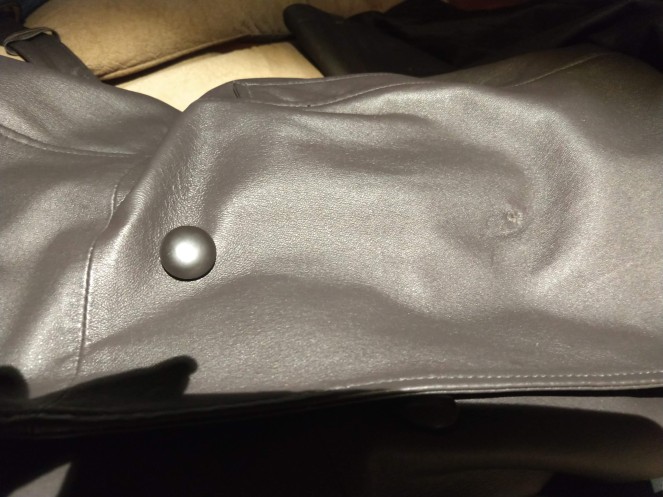 The next day I made a lunchtime voyage to the local fabric store to purchase replacement buttons.  Initially when I was thinking about the buttons already on the coat, I thought that they were a basket weave pattern style.  When I really looked at them I saw that they were just plain brown buttons.  As usual, there aren’t any buttons that actually match the ones already on the coat.  I had to buy enough buttons to replace all the buttons so they would match each other.  There were no buttons on the cuffs of the coat, so I only needed six.  Guess what?  There was the basket weave pattern buttons of my imagination! 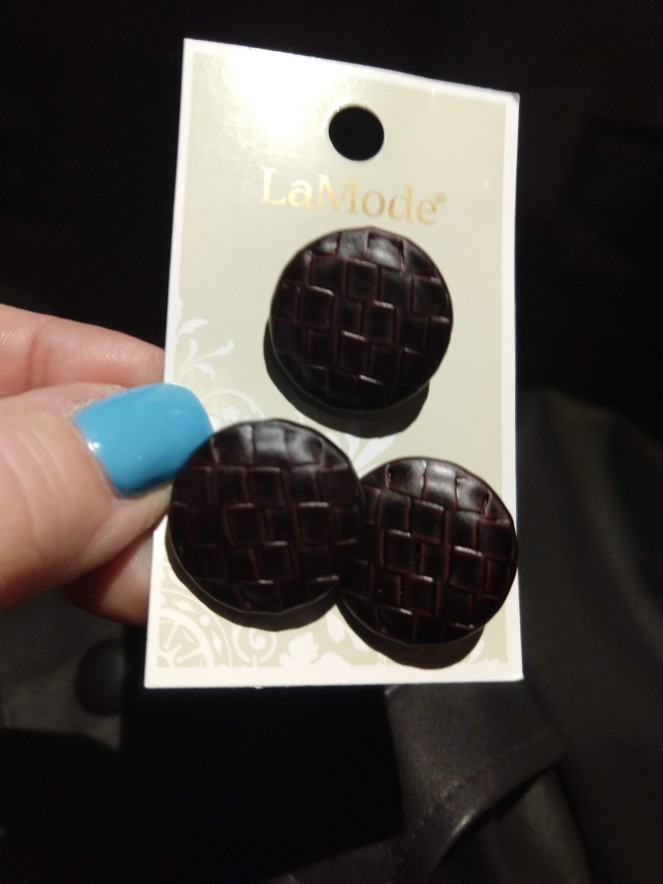 In the size that I needed there were buttons that came three to a card.  I snatched up two cards of buttons and some color matching thread in heavy duty strength and headed for the door.

Fast forward to the evening in the sewing chair and this is what happened:

No amount of cajoling, reprimanding, bribing or loving would get her to relinquish my lap for long enough to finish replacing all the buttons.  Even the next morning she showed no remorse for her actions despite that I had to leave the house in a coat with mis-matched buttons.