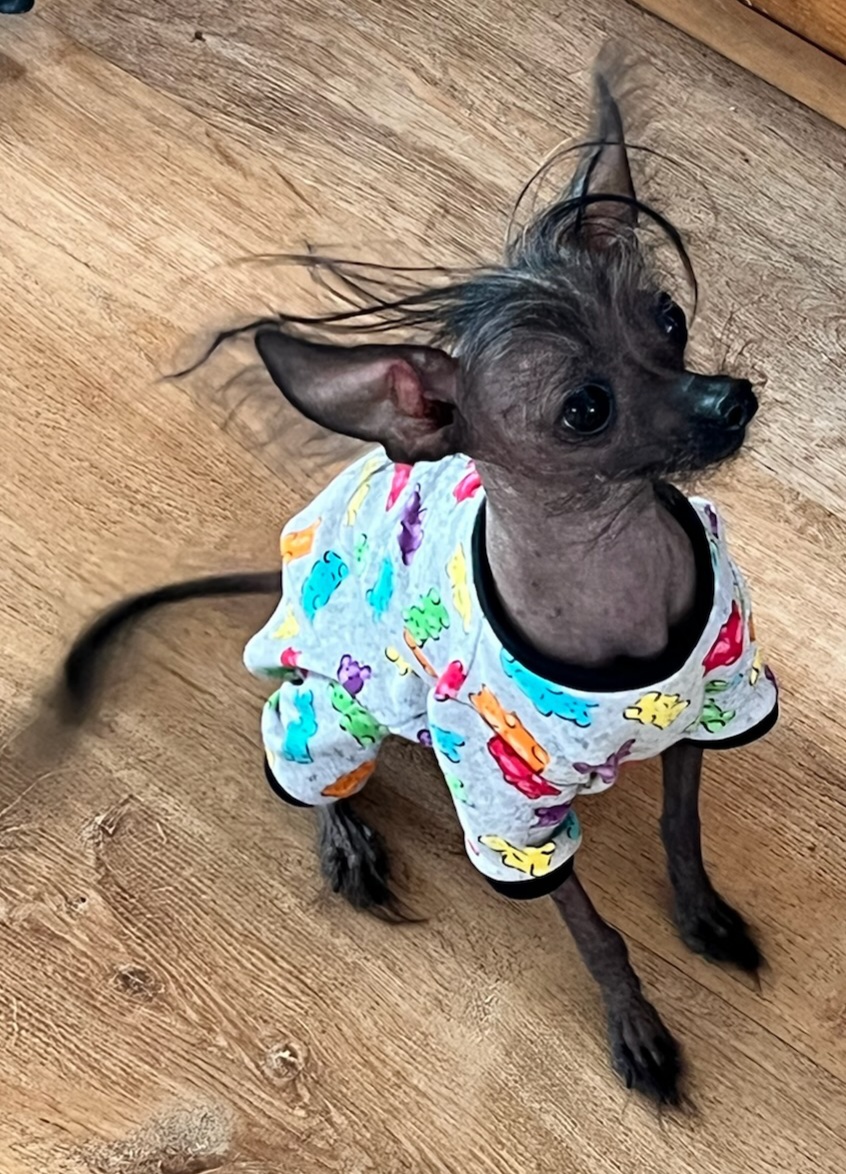 On June 2nd, I mentioned that I would be sending this jacket off to be mended. I filled out the estimate request form using as much detail as I was able and received the estimate quote the next day. To my cheap frugal mind it seemed like A LOT. Zippers don’t cost much and I do know how to replace one, I was just worried that after the repair, the jacket wouldn’t be as nice looking as the original construction. Having made up my mind to do the work myself, I measured the zipper and ordered some (they came in a package of 5) off the inter-webs. When they arrived I set the envelope on the coffee table. Before I had time to start work on the zip removal, we needed the living-room to be cleaned. I gathered items off all flat surfaces and put them somewhere. I still don’t know where they are. Onto zipper procurement adventure #2. I remeasured the zipper on the jacket. I’m not really sure where the zippers are measured from or to. I measured the whole thing, top to tail. Worst case scenario, I would have a zipper that is too long. I noted both imperial and metric measurements. Then I went to the local sewing store. Perhaps you already know that a zipper for a jacket must be a “separating” zipper. One that comes completely apart at the bottom so the wearer doesn’t have to step through and shimmy the jacket up their body, like a 1950’s wiggle skirt, to put the thing on. This only occurred to me when I was at the store looking at the vast array of different kinds of zippers. This is a good thing to know! (I have no idea if the last zippers were even the correct kind, they are still somewhere super-safe) Looking over the selection, I chose one in a color that wouldn’t clash with the jacket in what I thought (How is that for foreshadowing?) was the correct size. Yaaaaaahhhh… not so much. (sigh) I greatly dislike taking the time to return things, so into the notions stash it went. Out came the measuring tape again and back to the inter-webs I went. Finding the (correct) type of zips was much easier this time. I ordered two: one in the size I thought I needed and; one in the next size up. My thought being that if it was too long, I could cut off the top part. When they arrived, one was too long and one was way too long. Perfect!!! 🙂 Now onto the actual repair. Knowing my sieve-like memory, I took a bunch of pics of how the left side of the jacket looked before I started cutting out the lines of stitching and top stitching. (So. Much. Top stitching)

I only took out one side at a time. That way, I could look at the other side as a reference. I wanted to get it right and it all had to be done in a specific order. To put it back together I reversed the deconstruction steps. It turned out wonderfully! It was about 5″ too long at the top, but that was OK. In the previous post I mentioned that I ordered a zipper fixing kit with all the pieces. Bonus points because I even knew where it was. I crimped a “zipper stop” (having done some Googling to find out what that piece was called) to the top, then cut off the extra. On to side #2.

Having nervously stepped over the line of my comfort zone, I was very pleased with the end result and Son was very thankful. Win-Win! (I still don’t know where the first zippers are…)

This brings us up to present. For quite some time I had in mind to purchase a hack saw blade, that I would use to carefully cut the little cross piece. That way I would be able to re-glue it correctly so that both drawers would fit. It seemed like a great plan to me. Recently, while at a big box store, I remembered that I wanted that blade. DW helped me to find them, only to find out that wasn’t the type of blade I was thinking of at all.

At his inquiry, I described the type of blade I was thinking of. He know exactly what I was talking about… a coping saw! The saw blade was as narrow as I needed but the saw wouldn’t fit. After a bit of jiggery-pokey I was able to figure out how to take the blade off the saw. While sawing the center cross piece out, I also managed to knock out the bottom cross piece (sigh). The good news was that most it remained intact.