With a baby shower fast approaching and not enough time to hand knit a baby blanket, I set up the knitting machine.  Being that one of my goals for this year is to become more proficient with this machine, I thought it was an appropriate thing to be doing (that and my lack of time. Did I mention that I had no time?).

Because I haven’t used the knitting machine (KM) since last Christmas time, I had some issues in setting it up.  I thought I KNEW which hole the tension rod was to be inserted into.  I kept trying to make it work and it kept being super wobbly and falling down.  Finally I noticed the line drawn image in the manual was showing the tension rod to the left of the row counter and not to the right.  Sure enough there was a, less obvious, place to plug it into.  It worked much better after that.

Following along in the manual, I started knitting the blanket.  I was a little disappointed in the stiffness of the blanket, which could have been easily corrected by knitting it with less tension and a larger knit stitch.  However, I was already about 1/2 done with the HUGE skein of yarn and decided to keep going. 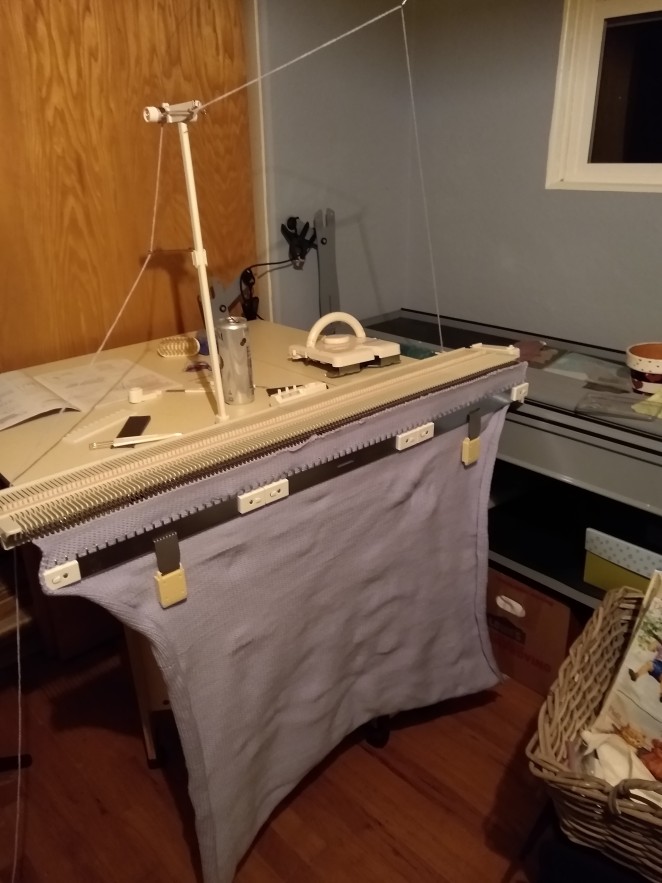 As a got closer to being done, it got much more difficult to move the carriage back and forth along the knitting bed.  Finally the carriage “jumped the rails”, so to speak.  I was really close to being done at this point.  I could see the tail end of the skein of yarn.  I chose to let it go for the evening and would take it back up the next night when I had a fresh supply of patience.

Fast forward to the next night… I carefully took off two rows of stitches. If I am careful when I pull the yarn to remove a stitch, it will hop the little stitch below it onto the needle.  What I was trying to fix was all the stitches that had hopped completely off the needles.  As I came to each one, I used the little tool to get them back on. It really doesn’t take that long to do, but it is another thing that I am slow at.  With all of the little guys back where they were supposed to be, I put the carriage back into place.  It was still HARD to push!  Aaaaand it kicked a bunch of stitches off the needles again.

So, I am standing there trying to think through my limited knowledge of what might be the problem when I noticed that the stitch length dial on the carriage had been turned to the very smallest/tightest setting.  Bending over to look at the knitted fabric closely, I saw that indeed there were multiple rows that were knit much more tightly than the proceeding fabric.  So, you probably can guess what I did next.  Yup. Frogging.

Remember that tail end of the skein that had been taunting me?  I just loaded that onto the knitting machine and decided to work backwards, frogging the knitting as I was re-knitting.  I also changed the stitch length to a much longer stitch. This helped the carriage to move more easily and also fixed the stiffness issue that I had mentioned previously.  When I ran out of yarn, I was done.  Total time was 4 hours: 2 the first night and 2 the second.  Taking it off the machine, I headed for the sofa to look up an easy crocheted edge trim.

Being that it was close to bedtime (and Pixie was DONE with my crafting), 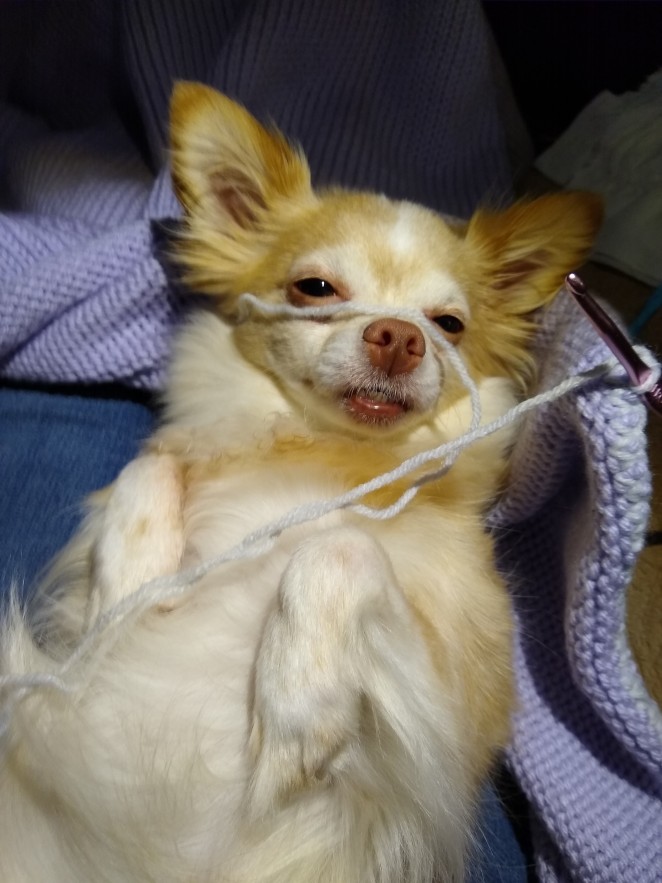 it wasn’t finished until the next knitting night. 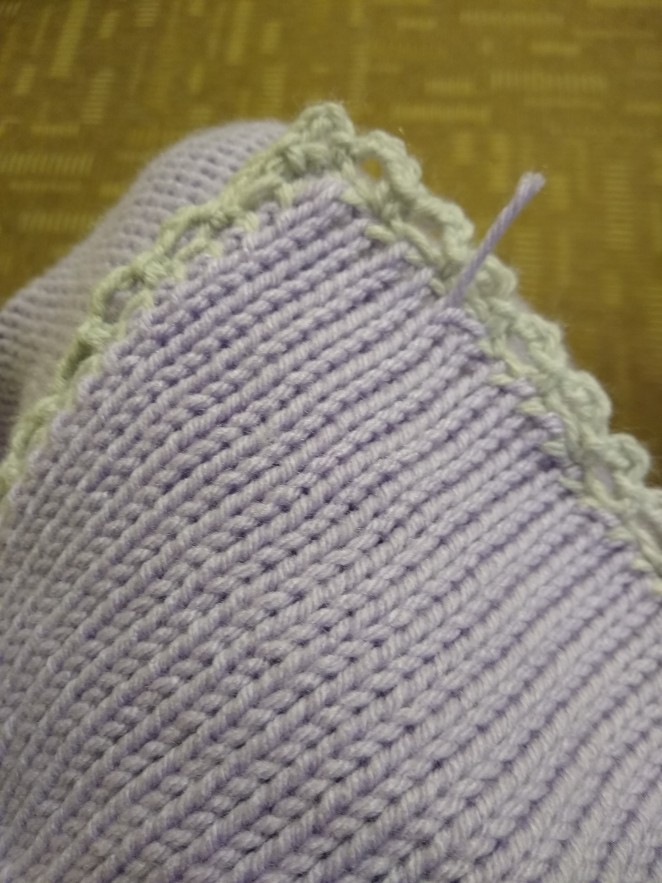 Where the faery and human worlds merge...

If I Had My Own Blue Box:

Adventures in the Nineteenth Century, and maybe a little beyond -- Anna Worden Bauersmith's Blog